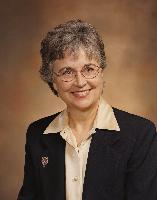 Mr. Speaker: Your committee, appointed to prepare a suitable resolution commemorating the life, character, and public service of the late Honorable Jane L. Greimann begs to submit the following Memorial:

Jane L. Greimann was born January 25, 1942 in Klemme, Iowa to Chet and Ina Mae (Jarchow) Renner. She grew up on the farm, learning to love horses, holding leadership positions in 4-H and graduating from Klemme High School in 1960. She acquired a degree from Iowa State University in Textile and Clothing in 1964 and a teaching certificate in 1980.

She married Lowell Greimann in Klemme, Iowa on June 7, 1964. They moved to Boulder, Colorado where Jane worked as a seamstress and then office worker. Later, they moved to San Antonio, Texas where Jane worked with children in the Hispanic community and low-income adults. They returned to Ames in 1973. Jane taught at Nevada Junior High for sixteen years. While teaching, she worked on studies of student health with regard to cholesterol, helped to start a breakfast program, taught parenting classes, made a five week trip to Russia in 1992 and sat on the Board of Easter Story County Youth and Shelter Services. Jane retired from full-time employment in 1998.

Jane served on many volunteer positions at Collegiate Presbyterian Church. She was on the Mid-Iowa Community Action Board and Hawk-I-State Board. She believed in more preventative programs and more humane sentencing laws in our corrections system.

Jane volunteered for several service activities in the community, including President of the Local League of Women Voters, Democratic caucus organizer, Ames Public Art Commission, and the Education and Prevention Board of Youth and Shelter Services.

Now Therefore, Be It Resolved by the House of Representatives of the Eighty-first General Assembly of Iowa, that in the passing of the Honorable Jane L. Greimann, the State has lost an honored citizen and a faithful and useful public servant, and the House by this Resolution would express its appreciation of her service.

Sources:
Text above from 81 GA (2006) House Journal Memorial Resolution
Information from State Historical Society of Iowa resources
All Biographies
House District 45
Committees
80th GA (2003)
Standing Committees
Appropriations Subcommittee
Legislation Sponsored
80th GA (2003)
Bills
Amendments
Floor Manager
Subcommittee Assignments
If you would like to get the permanent link to a url other than the page you are currently viewing you can paste a url inside of the destination box and hit regenerate
Destination:
Perma Link: