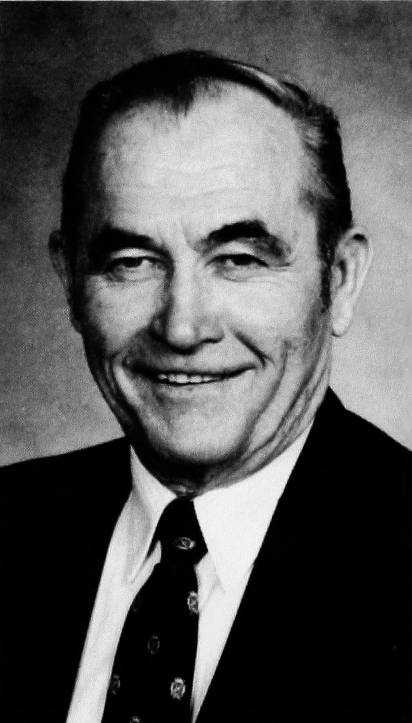 Mr. Speaker: Your committee, appointed to prepare a suitable resolution commemorating the life, character, and public service of the late Honorable Daniel P. Fogarty begs to submit the following Memorial:

Daniel Patrick Fogarty was born August 21, 1924, near Rodman, Iowa. He was the son of William and Lorena (Neary) Fogarty. He married Gertrude Kliegl in 1946.

A Democrat, Mr. Fogarty was a member of the Seventieth, Seventy-first, Seventy-second, Seventy-third, Seventy-fourth, and Seventy-fifth General Assemblies.

Mr. Fogarty died November 28, 1999, at PARC Hall in Emmetsburg, Iowa at the age of 75. Survivors include his wife, Gertrude of Cylinder, Iowa; three brothers, Keyron of Cylinder, Iowa, Terrance of Emmetsburg, Iowa, and Martin of Lincoln, Nebraska; two sisters, Joan Fox of Omaha, Nebraska and Rosella Rosacker of Spencer, Iowa; several nieces and nephews; as well as many other relatives and friends.

Now Therefore, Be It Resolved by the House of Representatives of the Seventy-eighth General Assembly of Iowa, That in the passing of the Honorable Daniel P. Fogarty, the State has lost an honored citizen and a faithful and useful public servant, and the House by this Resolution would express its appreciation of his service.

Sources:
Text above from 78 GA (2000) House Journal Memorial Resolution
Information from State Historical Society of Iowa resources
All Biographies
House District 11
Committees
71st GA (1985)
Standing Committees
Interim Study Committees
Former Memberships
Legislation Sponsored
71st GA (1985)
Bills
Amendments
Floor Manager
Subcommittee Assignments
If you would like to get the permanent link to a url other than the page you are currently viewing you can paste a url inside of the destination box and hit regenerate
Destination:
Perma Link: