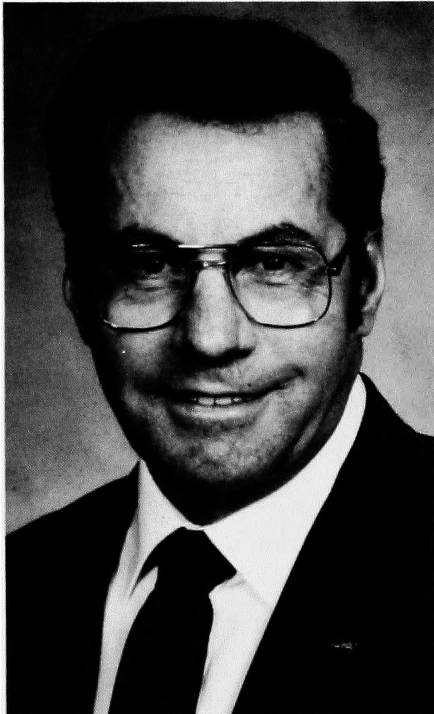 Mr. Speaker: Your committee, appointed to prepare a suitable resolution commemorating the life, character, and public service of the late Louis J. Muhlbauer, begs leave to submit the following memorial:

Louis J. Muhlbauer was born June 26, 1929, near Halbur, Iowa. He graduated from Manning High School in 1947. He attended Westmar College for a year, and earned his Bachelor of Science degree from Iowa State University in 1950.

On June 12, 1950, Louis was united in marriage with Phyllis Kerkhoff of Templeton, Iowa. Nine children were born to this union. Louis taught vocational agriculture for three years at Manning High School. For three years he was the Poultry Supervisor at Priebe and Sons Hatchery. Louis was a livestock and crop farmer for 28 years in the Audubon and Manilla areas. Throughout his life he enjoyed training and working with horses.

Louis served as Crawford County Supervisor for four years. In 1982, he was elected to his first term as State Representative in the Iowa House of Representatives. He continued to serve this office through 1992. While in office, Louis rose to the rank of Assistant Majority Leader.

While in the House, Muhlbauer became known for championing issues related to agriculture, rural development and education. He was in the forefront in the legislature in support of ethanol development as a means to add value to the state’s agricultural products.

Muhlbauer thought, as did many of his colleagues, that he could be even more effective in the Iowa Senate. As a Senator, he thought he could have a stronger voice and be more effective in representing the interests of the area and of rural Iowans. Louis gave up his “safe” House seat to challenge a veteran Republican in the Senate district where registration was heavily weighted in the Republican favor. Muhlbauer lost the election, but the choice he made in entering the race was illustrative of the kind of public servant he was: zealous in his dedication to his constituents and committed to improving the lives of the citizens in Crawford County and Western Iowa. Louis was greatly respected by colleagues in the legislature, on both sides of the aisle, for his integrity and honesty.

Mr. Muhlbauer was a member of the Sacred Heart Parish of Manilla, Fourth Degree Knights of Columbus-Council 2074, Lions Club, Chamber of Commerce, Democratic Party, Polka Club of Iowa, and Vice President of Manilla Area Historical Association. Even though he was very involved with his community, spending time with his grandchildren was of the utmost importance to him and gave him great pleasure.

Louis died suddenly and unexpectedly at his home in Manilla on Thursday, December 25, 1997.

Now Therefore, Be It Resolved by the House of Representatives of the Seventy-seventh General Assembly of Iowa, That in the passing of the Honorable Louis J. Muhlbauer, the State has lost an honored citizen and a faithful and useful public servant, and the House by this Resolution would express its appreciation of his service.

Be It Further Resolved, That a copy of this Resolution be spread upon the Journal of House, and that the Chief Clerk be directed to forward an enrolled copy to the family of the deceased.

Sources:
Text above from 77 GA (1998) House Journal Memorial Resolution
Information from State Historical Society of Iowa resources
All Biographies
House District 96
Committees
71st GA (1985)
Standing Committees
Interim Study Committees
Former Memberships
Legislation Sponsored
71st GA (1985)
Bills
Amendments
Floor Manager
Subcommittee Assignments
If you would like to get the permanent link to a url other than the page you are currently viewing you can paste a url inside of the destination box and hit regenerate
Destination:
Perma Link: